"Unbelievable! And we had heard before with the most expensive equipment."

"I actually listen at the highest level in terms of electronics, speakers and wiring, or so I thought until now. Until the day when an acquaintance told me about his new cables from Schnerzinger. Okay, I thought, once again a new manufacturer with the best cables in the world. How wrong I was, I realized only later. We listened to his system and I really had to give him credit for the best set-up I had heard so far in this chain.

Afterwards we arranged an appointment at our place, where colleague Brämer was also there with the complete cable program of Schnerzinger. What happened then is hard to describe in words, so far away was it from the normal results. But I would like to try anyway, in order to suggest to all other searchers also to deal with these products.

We started with the power cable on the Wadia S7i and experienced such dramatic progress even with the smallest 3000 cable that we could hardly believe it. And that in ALL areas

Then it was the turn of the NF`s. We always changed both to make sure that no information would get stuck somewhere. Even with the 3000s, that was at the very highest level. The 5000s raised the level even higher.

With these two series, the same things were basically evident, only on a different level: The music sounds, or rather, just plays into the room. One has the feeling "this is how it has to be" absolutely stress-free without droning with the very highest resolution and above all a speed in the resolution that one thinks "how is that possible". Details come to the surface that simply weren't there before. But it's not primarily just the speed of playback that's fascinating, other manufacturers may be able to do that, this self-evidence and freedom from distortion in playback is probably the big secret. It works with all recordings, not only with super recorded discs.

Finally, of course, we wanted to know and the 8000 series was heard. I think it was clear to all of us, and we were a total of 5 high end sufferers, that these cables are a far cry from what is usually available. In any case, our mouths almost remained open, so live, physical and emotional was the performance. The sound system stepped back completely and there was just music playing. Unbelievable! And we had already listened with the most expensive equipment (Transparent Opus !!! cables).

When the LS cable came in at the very last, the performance was perfect.

The airiness and openness was insane, this tangible physicality of the individual tones, coupled with a real, inner dynamics, which simply grabs you and pulls you right into the music. No other cable has been able to build this up so far, without any price limit, in my system. Great cinema and a huge compliment to the Schnerzinger team. They are really a big step ahead. The cables will hurt many market competitors very much, they just do not know it yet :-)

To deepen what we had heard and the rough knowledge about the cables, we made an appointment with the master himself. There, too, the same impression presented itself. Additionally we made the experience, what this unique technology makes out of a normal Sony CD player if one uses it correctly and deeply. I would not believe it if I had not heard it. A normal player from the 800€ class, which Schnerzinger had also tuned with formatting, sounded like a player tens of times as expensive, unbelievable. Without electronic intervention, this was previously unimaginable.

Many thanks again for the detailed explanations at this point.

I can really only recommend everyone to deal with Schnerzinger on this subject. They are blessed with enormous and profound knowledge and experience.

All that remains for me to say at the moment is: congratulations to the entire team, you are way ahead!" 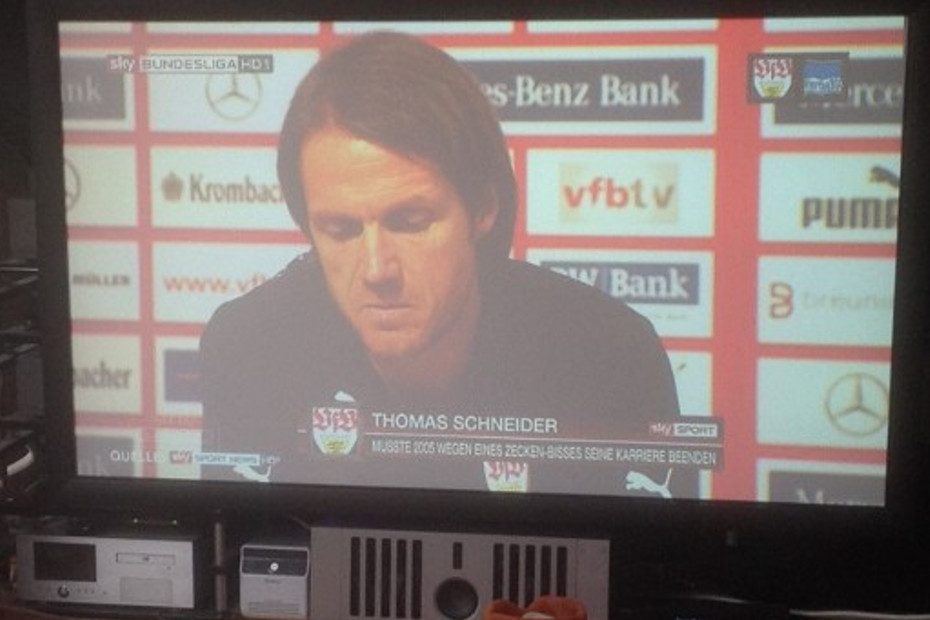 Schnerzinger is the best you can get in the area of cables...

The method to introduce Schnerzinger thru the internet has worked with me. For some time I was thinking what speaker cables I could acquire to... 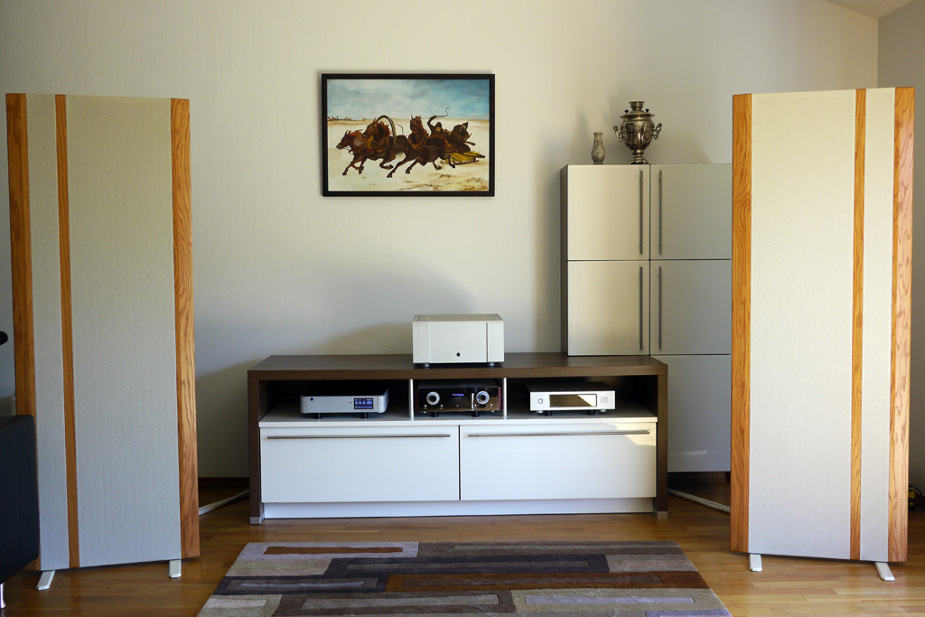 Previously I was unsure whether you write these reviews by yourself and now...

Dear Schnerzinger Team, in the meantime I listened for some evenings. What has changed? From my point of view especially resolution and focus have increased clearly. This is not... 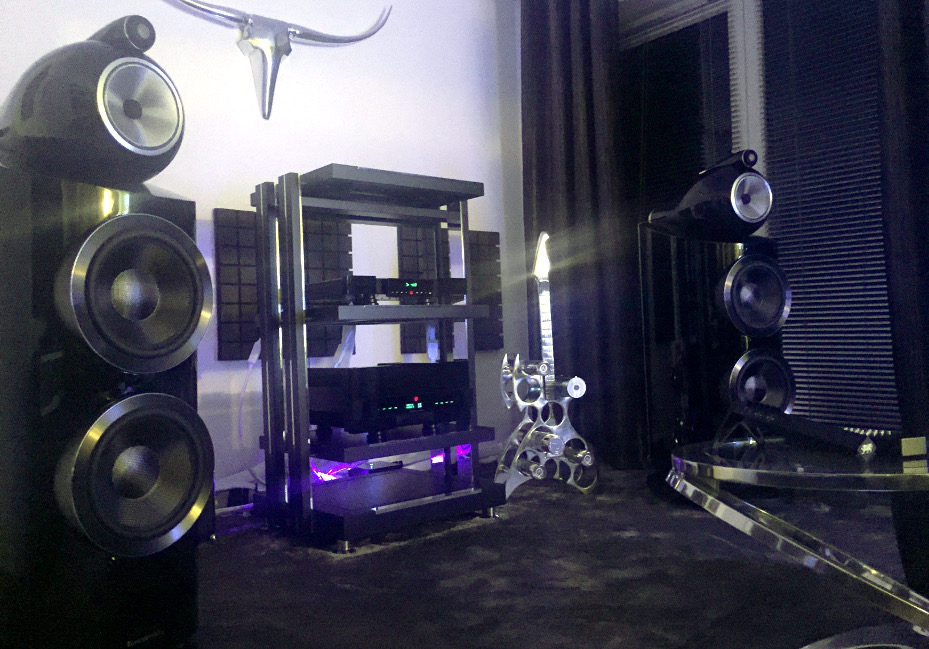 Dear Schnerzinger team! Hereby I like to express my personal experiences regarding the new EXTREME series. After I had newly set up my new Gryphon components and speakers B&W 800 D3 and cabled...

In contrast to the often only temporarily effective advantages of established treatment and manufacturing processes on the reproduction quality of high-quality audio cables, e.g. cryogenization or OCC or UPOCC casting processes, SCHNERZINGER cables with ATOMIC BONDING conductors enable an audibly purer and unrivaled true-to-life signal transmission - and this permanently!

In order to recognize the essential advantage of the SCHNERZINGER ATOMIC BONDING technology compared to conventional methods, some background knowledge about the industrial processing of wires used as conductor material in the audio sector is required:

To manufacture the conductor material in most audio cables, thick copper or silver strands are repeatedly drawn through so-called drawing dies until the wires are thin enough for further use. Every drawing process means enormous mechanical stress, which causes the crystalline grain structure of the wires to disintegrate into many crystals. In a sense, the audio signals have to find their way through many of these grain structures. The flow through the grain boundaries from grain to grain creates an enormous resistance potential every time, which is known to cause slowed signal transport.

The more complex casting process is therefore often used for higher-quality audio cables. Here, liquid copper or silver is continuously poured into molds, which results in longer grain structures. In the even more complex monocrystalline OCC or UPOCC (Ultra-Pure Ohno Continuous Casting) process, the molds are even heated and slowly cooled to prevent the material from solidifying too quickly. This process was developed by Prof. Ohno in the 1980s for industry so that fewer cracks occur in the sheet metal when the copper strands are rolled out

SCHNERZINGER ATOMIC BONDING, on the other hand, takes a completely different approach:

To easily get the idea of the innovative development approach ATOMIC BONDING, simply envision a conducting wire as a pipe filled with ice cubes, whereby the ice cubes symbolically illustrate the inner grain structure of the wire.

Since long-chain metal structures are quite sensitive and easily disintegrate again after the manufacturing process, e.g. due to vibrations and bending processes, ATOMIC BONDING is a technologically extremely complex process which does not aim at bonding individual ice cubes to form a closed, long-chain monostructure, but on the contrary at crushing the cubes. This results in the smallest ice structure components, which can subsequently be compressed into a stable, homogeneous ice mass with very high cohesive forces in the tube.

A compacted, fused mass of ice has a closed, extremely stable structure - without any gaps. This fact forms the basis for a highly pure and perfect impulse chain - for a true-to-life signal transmission.